Sonova reports in an annual cycle: the most recent previous Annual Report and Corporate Social Responsibility Report were released on May 16, 2017. The 2017/18 reporting period covers the financial year from April 1, 2017 to March 31, 2018.

The Sonova CSR Report for 2017/18, when combined with the Business and Financial report for 2017/18, complies with the Global Reporting Initiative (GRI) Standards and forms an integral part of Sonova’s UN Global Compact Communication on Progress. See our GRI Content index for details on how the report content maps against the UNGC principles. The index refers to the content of the online CSR Report. Additional relevant information about economic performance and remuneration is provided in the Compensation Report, Governance Report, and Financial Review chapters of the Annual Report.

The information and data provided relate to the entire Sonova Holding AG Group, including its group companies, unless explicitly noted. Some environmental data stems from actual data collection, whereas other data of selected Group companies were only estimated. Whenever applicable, it is stated in the respective sections whether the data is measured or estimated.

Data from the AudioNova Group companies acquired in September 2016, are included for the first time in the environmental reporting of this CSR report. The energy and carbon emissions values published in the CSR Report 2016/17 for Scope 1 and 2 were restated for the year 2015 and 2016 due to data quality improvements and changes in the data collection methodology.

There were no other significant changes during 2017/18 in the scope, boundary, or measurement methods applied in the report, that would require a restatement of information provided in earlier Sonova CSR Reports.

PricewaterhouseCoopers AG has provided independent assurance on specific CSR data outlined in this report. For more detail, see the Independent Assurance Report below. 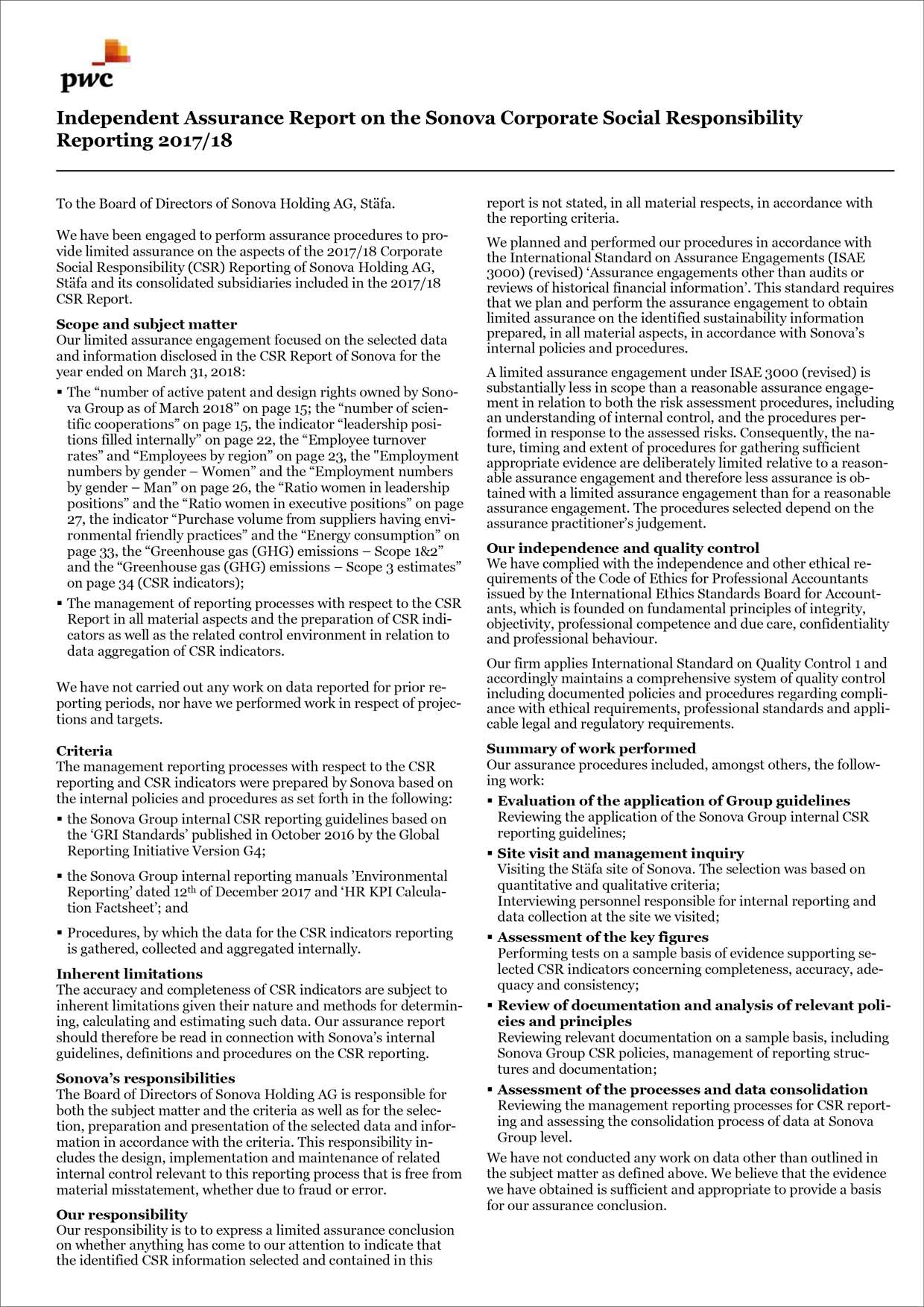 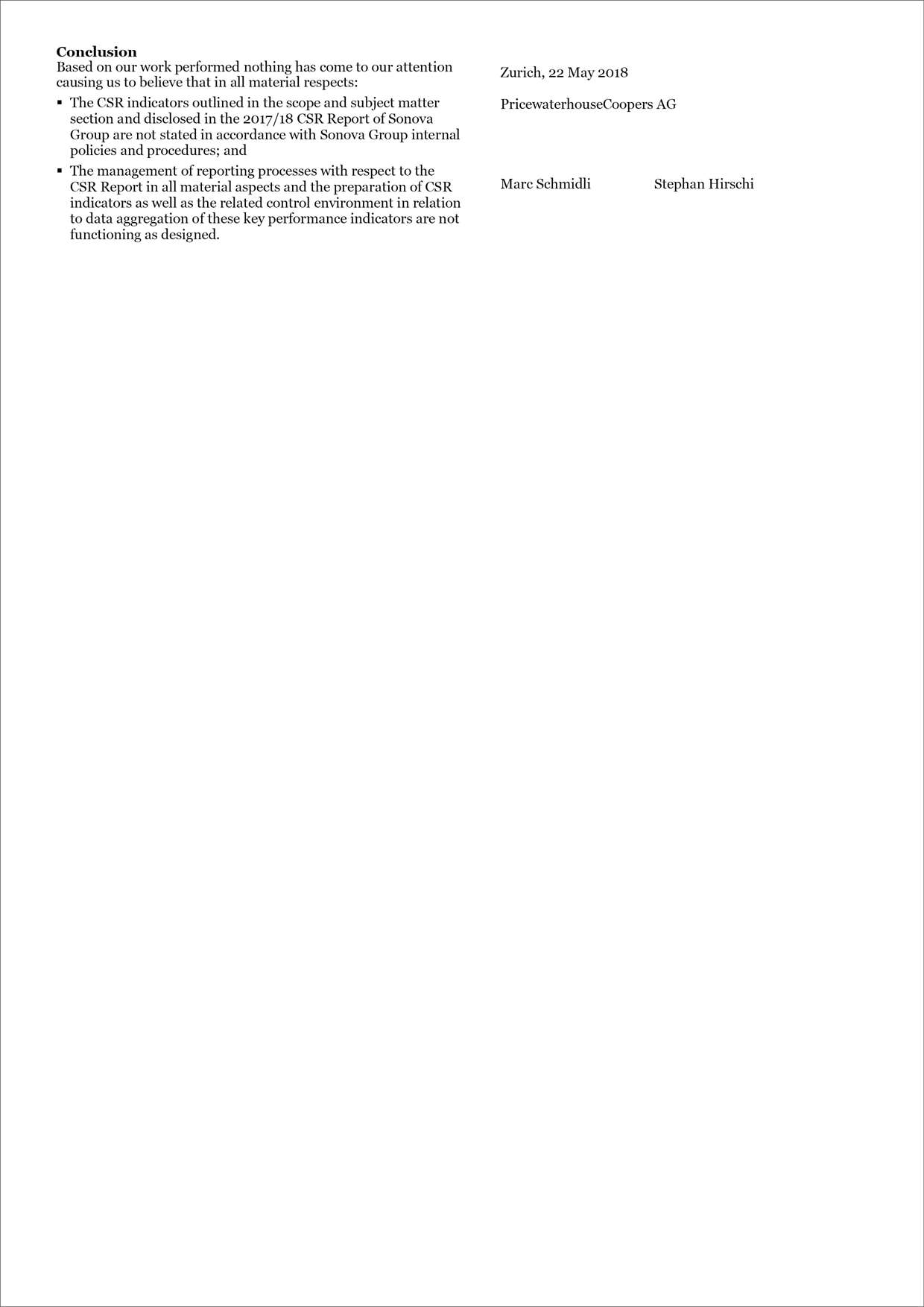